Starting October 31, 2019, all retirees applying for a non-immigrant O-A visa are going to need health insurance to live in Thailand.

Let’s take a look at the new rules, those who it affects, and your options.

Disclaimer: This article may include links to products or services offered by ExpatDen’s partners, which give us commissions when you click on them. Although this may influence how they appear in the text, we only recommend solutions that we would use in your situation. Read more in our Advertising Disclosure. 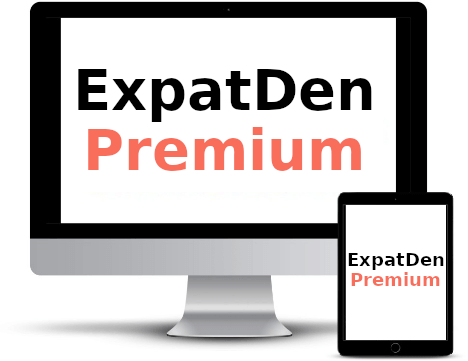 With over a hundred pieces of in-depth content written by the experts, we make Thailand easy. Whether you're moving for business or pleasure, our guides will save you money, help you navigate the usual obstacles and ensure you make the most of one of the world's most dynamic countries.

After that, the Immigration Bureau released an official statement saying that the rule is going into effect starting October 31, 2019. And it’s still effect until today.

The new rule is this: if you want to get or extend (renew) your non-immigrant O-A visa, which is commonly known as a retirement visa, you now need to have health insurance.

Why is Health Insurance Suddenly Required?

The Thai government claims that the new health insurance rule was introduced because of the increasing number of unpaid medical bills from expats living in Thailand.

The majority of unpaid bills were from retirees.

The only affected visa from this new rule is the non-immigrant O-A visa, also known as the one-year retirement visa.

This visa lets those who are older than 50 stay in Thailand for at least one year, and it can be extended each year.

If you are currently holding a non-immigrant O-A visa, you can still stay in Thailand without having to buy health insurance yet.

The official statement is:

This is not actually a new insurance rule, though. Holders of the non-immigrant visa O-X, also known as the five-year retirement visa, have needed mandatory insurance since 2017.

Does this Rule Effect Other Visa Types?

It’s possible that that same rule will apply to other types of long-term visas in the future, but the coverage amount might be different.

But it’s always a good idea to buy health insurance in Thailand so you get good medical care when something unexpected happens.

To pass this new insurance regulations, you must have insurance for the entire amount of your duration of stay with the following coverage amounts:

For example, if the visa allows you to live in Thailand for one year, then, you need to get a one-year plan from the health insurance company.

With Cigna Global, you get a health insurance plan specially customised for expats in Thailand. All of their plans come with:

Where Can I Get Insurance?

The easiest way to get health insurance in Thailand is Luma Long Stay Care plan. The plan is specifically tailored for retirees who are younger than 80 years old and want to get a health insurance plan that passes the visa renewal requirement.

The plan is already approved by the Thai government.

If you want something more comprehensive, you can check out their other Thailand insurance plan. It is more expensive but comes with higher coverage.

Alternatively, you can get health insurance from insurance companies in Thailand that are approved by the Thai General Insurance Association. These companies have a specific insurance plan for a Non O-A visa applicant.

You can check out tgia.org for a full list of approved health insurance companies.

You must remember to have the IPD and OPD coverage amounts clearly stated on your health insurance policy to avoid miscommunication with immigration officers.

If you already have health insurance from international providers that pass the current coverage requirement, you need to ask your insurance company to give you this foreign insurance certificate.

How Much Do I Have to Pay?

Please note that these plans come with a very high deductible of more than 200,000 baht. You would need to pay the chosen deductible amount before the insurance company would pay you.

What if I Can’t Buy Health Insurance?

The Thai government is changing the financial requirements and will soon update retirement visa holders.

But if you can’t buy health insurance for whatever reason, you should expect to have to show more money in your bank account when you apply for your new retirement visa.

This is to make that you have enough money to pay for your medical bills if you don’t have health insurance.

Although some people talk about since 2019, this rule has still not set in place yet. It’s possible that it will not come up at all.

Now, on to You

You now need to have health insurance if you want to spend your retirement in Thailand.

Regardless of the law, it’s still a good idea to get health insurance if you retire in Thailand.

We receive a lot of e-mails asking for recommendations for products, services, and companies. We can't answer all of them individually, so we've put together a list of the most important ones below.

You can also check out our premium subscription for a complete solution to help you get set up as an expat in Thailand.

Moving Quotes: Fill out this form to get quotes from international moving companies. You can compare and find the most suitable one based on your needs.

Agent: I've met a ton of real estate agents in Bangkok over the years, and most haven't really lived up to my expectations. If you want to avoid the trial-and-error of finding a qualified agent, you can use this form to get in touch with an agent who receives consistently great feedback.

It's a quick way to find a place to live and completely free for you.

Hospital: You can schedule an appointment at a reputable private hospital in Thailand for any treatment you need. You will get world-class medical treatment provided by experienced specialists using advanced medical technology, to perform procedures from health checkups to baby delivery, and to treat more complicated ailments such as heart disease, cancer, and bone and joint issues.

Karsten, the founder of Thailand Starter Kit, uses the French insurance company ACS. They pay with no deductible for all inpatient and outpatient treatment. With a coverage limit of $500,000, their Silver Plan is one of the few plans in Asia with sufficient coverage.

Luma Health is a good alternative.

Xendpay is among the cheapest ways to send money to Thailand. The fees are some of the lowest, saving you about 1,500 baht on a 30,000 baht transfer. They're also a cheap way to send money to other countries as well.

Flights and Hotels: Expedia offers good deals when it comes to flights and hotels. This is mostly due to them having lots of special promotions in the Thai market. You can easily save hundreds of dollars using Expedia.

Travel Insurance: If you want to travel to Thailand with peace of mind, then get travel insurance with World Nomads. It'll costs less than $10 a day but come with a $300,000 limit on emergency evacuation and repatriation.

Car Rental: Renting a car is a great way to explore Thailand, especially when your destination is outside of Bangkok. You can do easily rent a car with HappyCar. The rate you get from them can even be cheaper than renting directly from a rental company.

Thaipod101 is a great way to learn Thai online, no matter where you are in the world. They have a full list of audio and video lessons to help you quickly get started in speaking Thai.

School: KIS is an international school in Bangkok where your child can learn under the International Baccalaureate (IB) program and with classroom technology like augmented reality and 3D printing. Students from KIS regularly graduate with an IB score above the global average and go on to study at some of the best universities in the world.

Legal: Finding an ethical, professional, and affordable lawyer is super hard. Fill out this form and we will put you in touch with someone that meets all three criteria.

ExpatDen: Thailand Community: Join our Facebook group of knowledgeable Thailand expats to share your questions and answers and become part of the Thailand expat community.

Registering a Company: Feel free to contact us with questions if you need help with registering a company. We'll assist you based on our experience with running a company in Thailand for over a decade.

Accounting: Banchee Legal House can help your company with accounting, taxes, payroll, and social security at rates you can afford. They are your one-stop, easy-to-talk-to accountants in Thailand.

Office Space: It's quick, easy, and affordable to use a serviced office for your business. Three reputable companies in the market are ATa Services, Regus and Spaces.

Digital and Content Marketing: My current and prior companies did exceptionally well thanks to an excellent digital marketing team that I had build up. My former marketing manager now went ahead and started an agency to provide that service to other companies. You can get in touch with her here.

Need help with something else for your business? Feel free to get in touch.

Moving to Another Country?